The Definitive Guide to Coconut Products 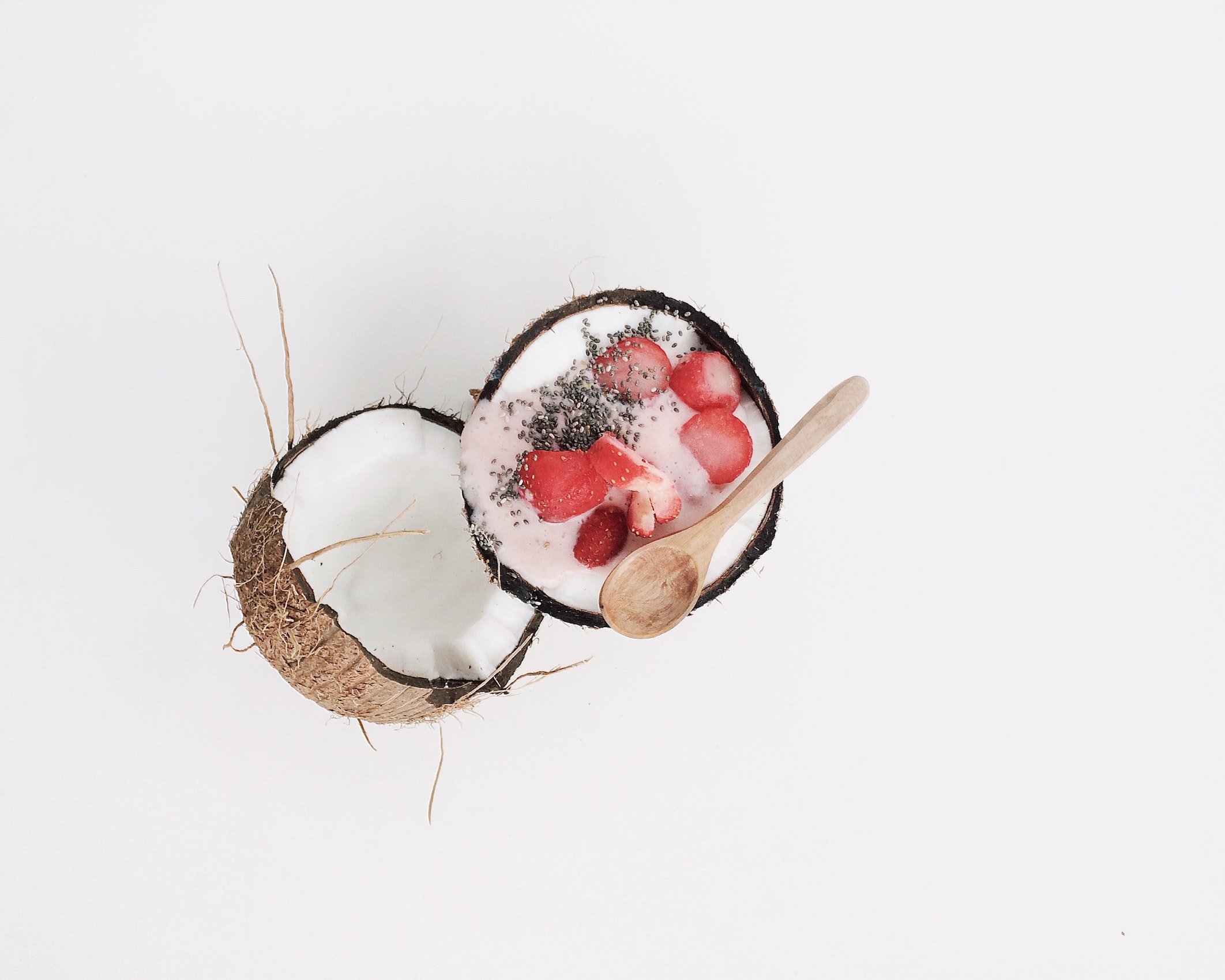 07 May The Definitive Guide to Coconut Products

Coconut water, coconut oil, coconut nectar… and the list goes on. A vast range of coconut products have hit the shelves over the past few years. So what actually are they? How should we eat them? And are they all as good for us as we’ve been made to believe? Here’s my definitive guide to coconut products.

Despite being described as oil, coconut oil is usually solid – not liquid—at room temperature. It is pure fat, made up of nearly 100% saturated fats (not necessarily a bad thing!) Of these saturated fats, a proportion are medium chain triglycerides (MCTs). Research shows that MCTs increase our rate of energy expenditure – the rate at which we burn calories, so far from making us gain weight, this fat could actually help us to lose weight. Of course, we should still consume it in moderation though.

Coconut oil is perfect for cooking with as it has a high ‘smoke point’ meaning that you can heat it to a higher temperature without damaging it. It’s great for stir fries and as a replacement for butter or margarine in cake recipes.

One tablespoon (15g) is an average portion size when used to fry with. When baking, follow the quantities given in the recipe.

Unlike coconut oil, coconut butter is not pure fat. It is made of raw coconut meat (not just the oil) and is approximately 55% fat, 20% carbohydrate and 6% protein. One tablespoon of coconut butter provides 2g fiber as well as a small amount of iron.

Coconut butter is good in smoothies or spread on slices of apple.

One tablespoon (15g) is an average portion size.

It’s good in smoothies and can be used as a replacement where you’d normally use cow’s milk.

250ml is a typical portion size.

Coconut water contains potassium and magnesium with smaller amounts of sodium and calcium. For this reason, it has come to be known for it’s hydration properties as these nutrients are all essential for regulating normal fluid balance in the body.

It can be used after exercise to help rehydrate. Different brands contain different amounts of natural sugars (some contain surprisingly large amounts) so it’s worth reading the labels and going for a brand that contains the least sugar.

Coconut vinegar contains no carbohydrates, no fat and no calories. Some brands are a source of FOS – prebiotics that are beneficial to digestive health. It contains B vitamins as well as certain minerals and amino acids (the building blocks of protein). However, in a typical serving size, these nutrients won’t be present at significant levels.

Coconut vinegar can be used to replace any other type of vinegar. Try using it in home made salad dressings.

A typical serving size is 15ml (one tablespoon).

Coconut nectar is made from the sap of the coconut tree. Coconut nectar is primarily sugar and therefore should be treated in the same way as any other sugar. Consume it in moderation, occasionally, as a treat. Unlike most other sugars, coconut sugar does contain small amounts of beneficial nutrients including calcium and potassium as well as the fibre inulin – however there are better sources of these nutrients.

The recommended serving size is: the less the better!

Coconut flesh is best enjoyed scooped straight out of a young coconut and makes a sweet and juicy dessert.

One medium sized coconut is a typical portion size.

Coconut flour is the fibrous part of the coconut meat left after the majority of the oil has been extracted.

Because of it’s particularly high fibre content a little goes a long way. For example three tablespoons will make around 6-7 pancakes. There are many recipes available online for baked goods using coconut flour instead of plain flour. These make great alternatives for coeliacs and those wishing to avoid gluten and grains for other reasons.